The light of the star began in 1908, when Astra was founded in Eibar in the Basque Country (Spain), by Pedro Unceta and Juan Esperanza in Eibar (Spain). The production started with the pistol named Victoria and only in 1913, when the company moved to Guernica, the heart of the Basque Country, Europe knew the great skills of this guns' manufactures. The legendary Ruby pistol was supplied to the Italian and French Armies during the WWI and the Astra guns were taken into service during Spanish Civil War.

The Astra's history tells about semiautomatic pistols from the 1920 for nearly 40 years. This history talks only about successful products such us the model 300, the model 900 and 902 (evolutions of the Mauser C96), that was adopted by several armies, including the Chinese one in over 30.000 units, until the model 400, a weapon of legend. This model was exported worlwide to tenths of Armies. At this point Astra was one of the largest European gun manufacturers. In 1959 it started a new legend for Astra with the Cadix revolvers. This model was the first of a long series of successful Astra revolvers that you might still find in a gun store... or your dad might have talked to you about them.

From the end of the WWII until 1998 Astra manufactured millions of weapons for Governments and sport shooters. Astra weapons have been sold on the commercial market everywhere guns were allowed.

Augusto Unceta, our personal friend and owner of the Company, which all of Astra managers of the new era got inspired to, was killed in 1977 by Basque terrorist organization (ETA). We hope you will allow us a short but profound thought to this man that drove the company to success all over the world and that made the company live for over ten years after he passed away. His spirit is strongly present and living today in our efforts to take to the market high quality guns with the same spirit of freedom that he had, that every gun owner knows well and that every gun has in it.

Astra now moved far away, and the new manufacturing facility is located in Sion (Valais), Switzerland. The long experience, the highest quality controls, the excellent materials and the passion to make guns will make every owner of an Astra weapon proud and sure that the gun has been machined, built, checked and rechecked until perfection.

Astra's philosophy, today as before, is to give to provide each soldier or LE operator a perfect tool, which will protect his own life and others. Being sure that his Astra rifle will always operate in any condition and theatre.

Every gun manufactured at Astra is made with freedom's spirit and we are extremely proud that many Police Forces, Armies and Special Forces use our guns to fight against Terrorism and Narcotraffic.

We are proud that every Astra gun is used to made the World Safe and Free. 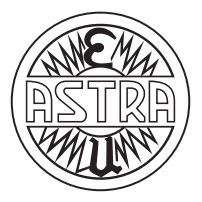 Used on weapons manufactured before 1926. 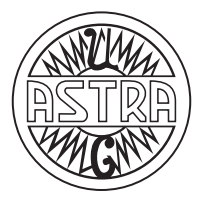 Used on weapons manufactured after 1926. 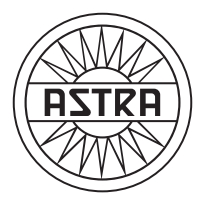 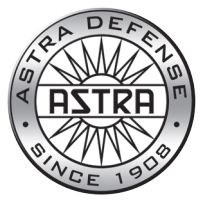